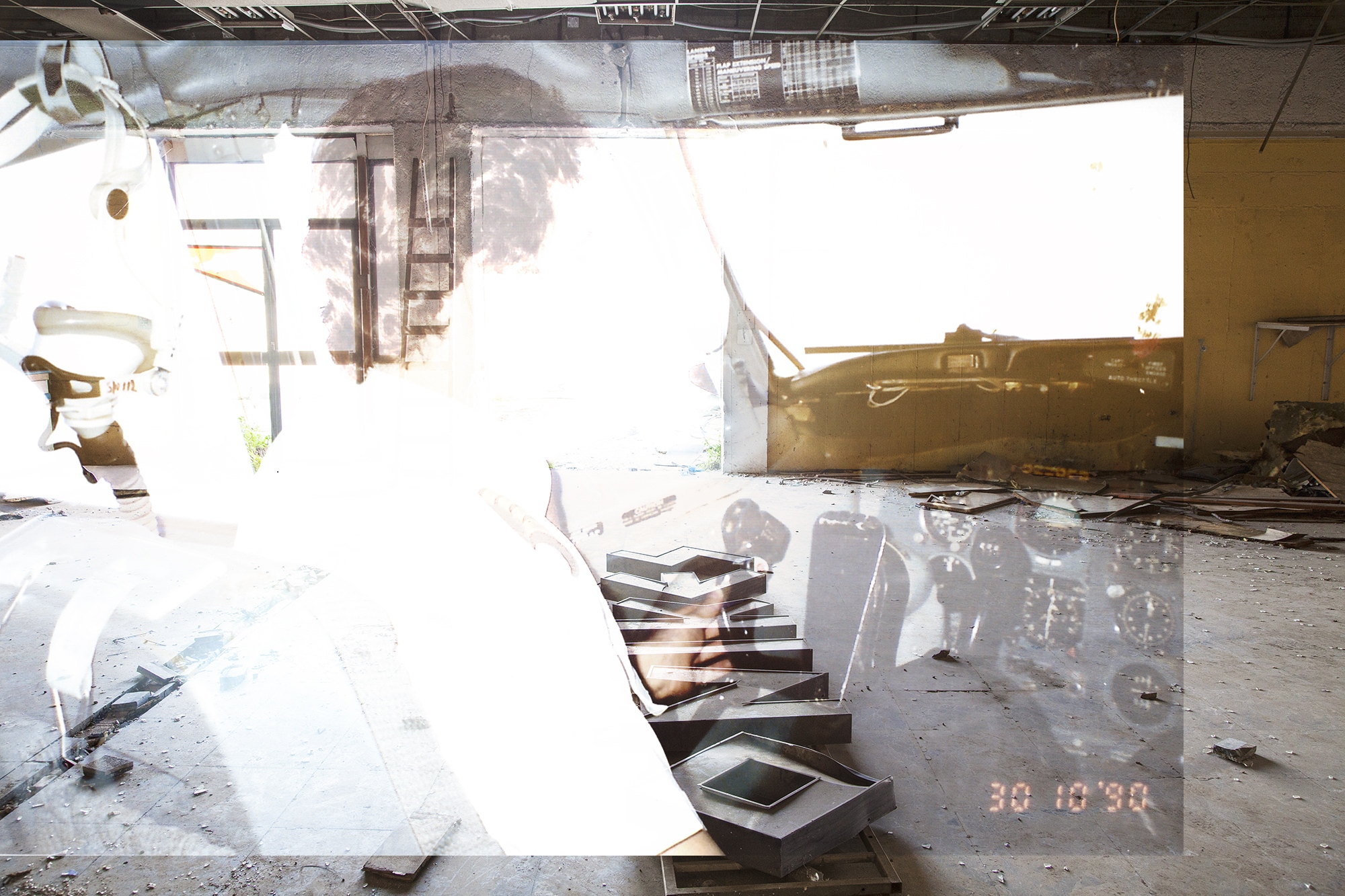 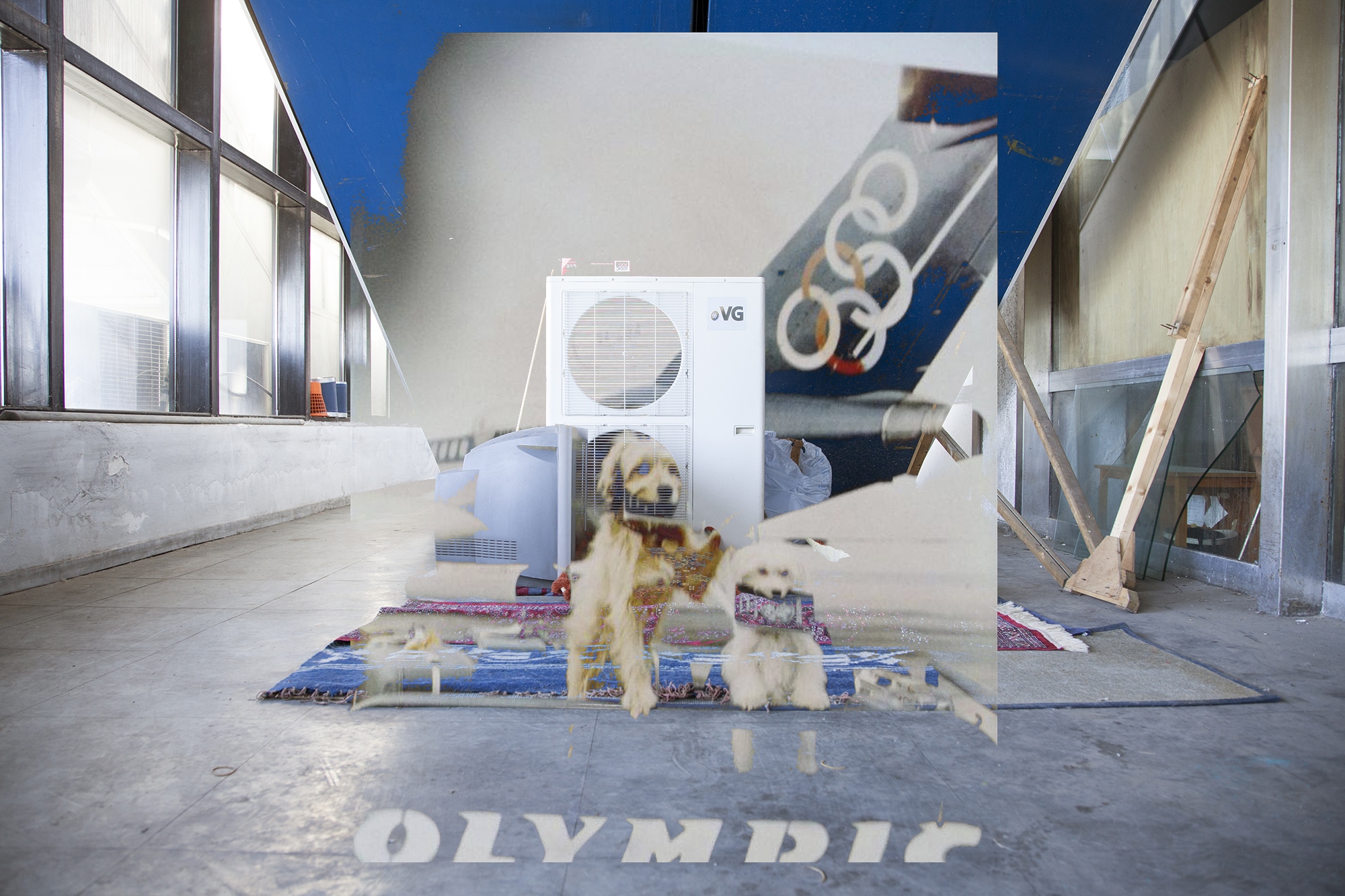 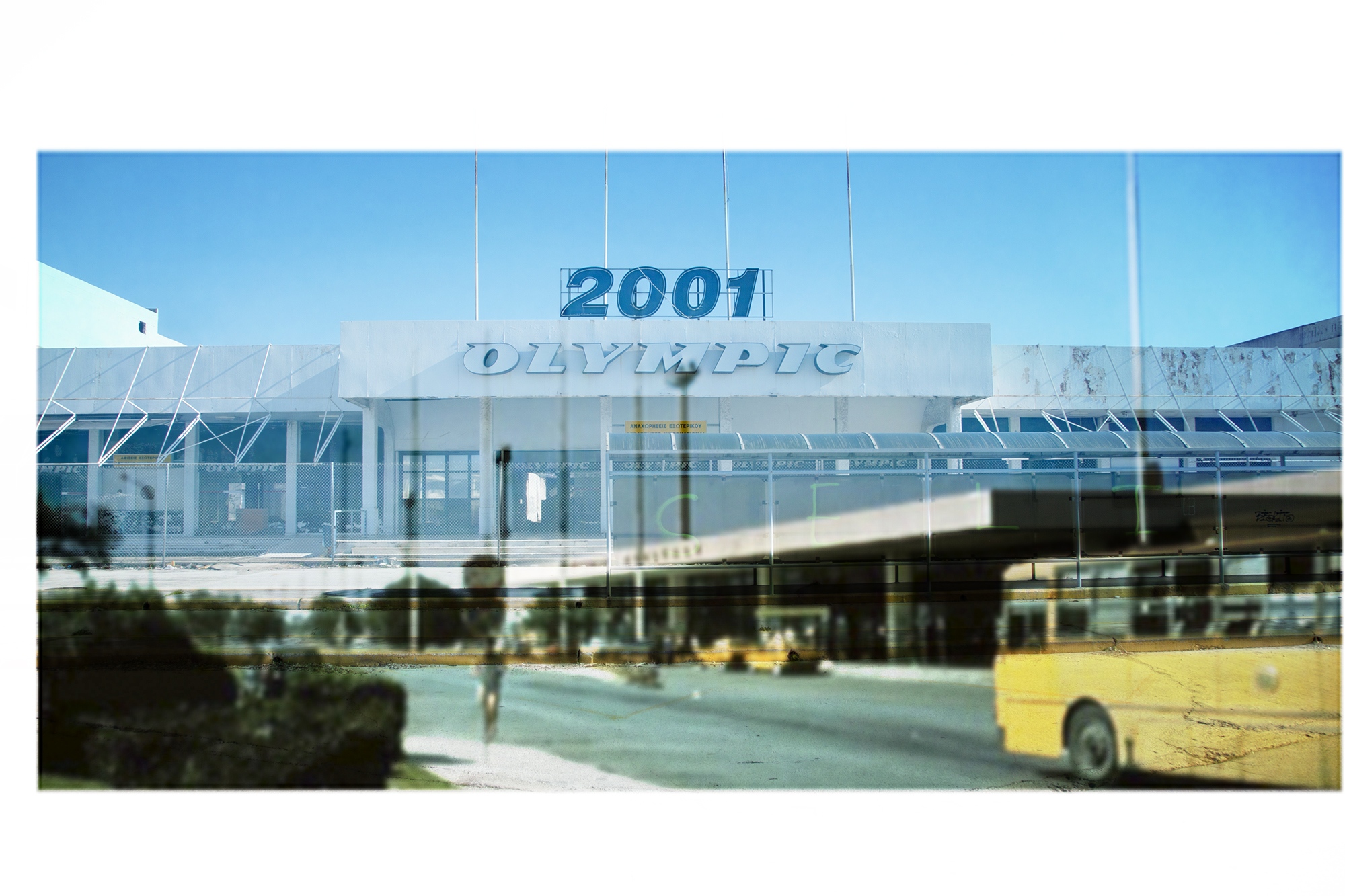 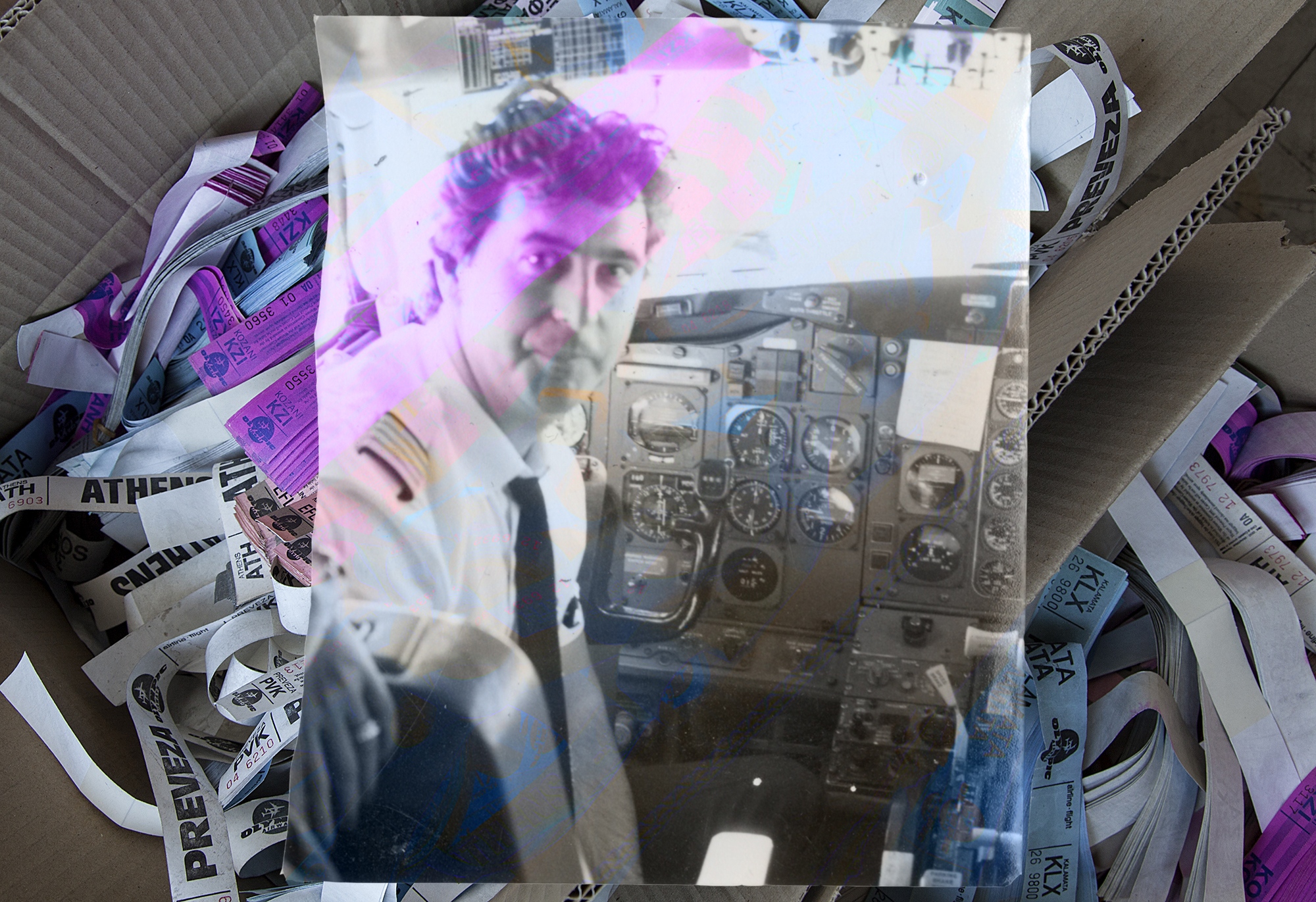 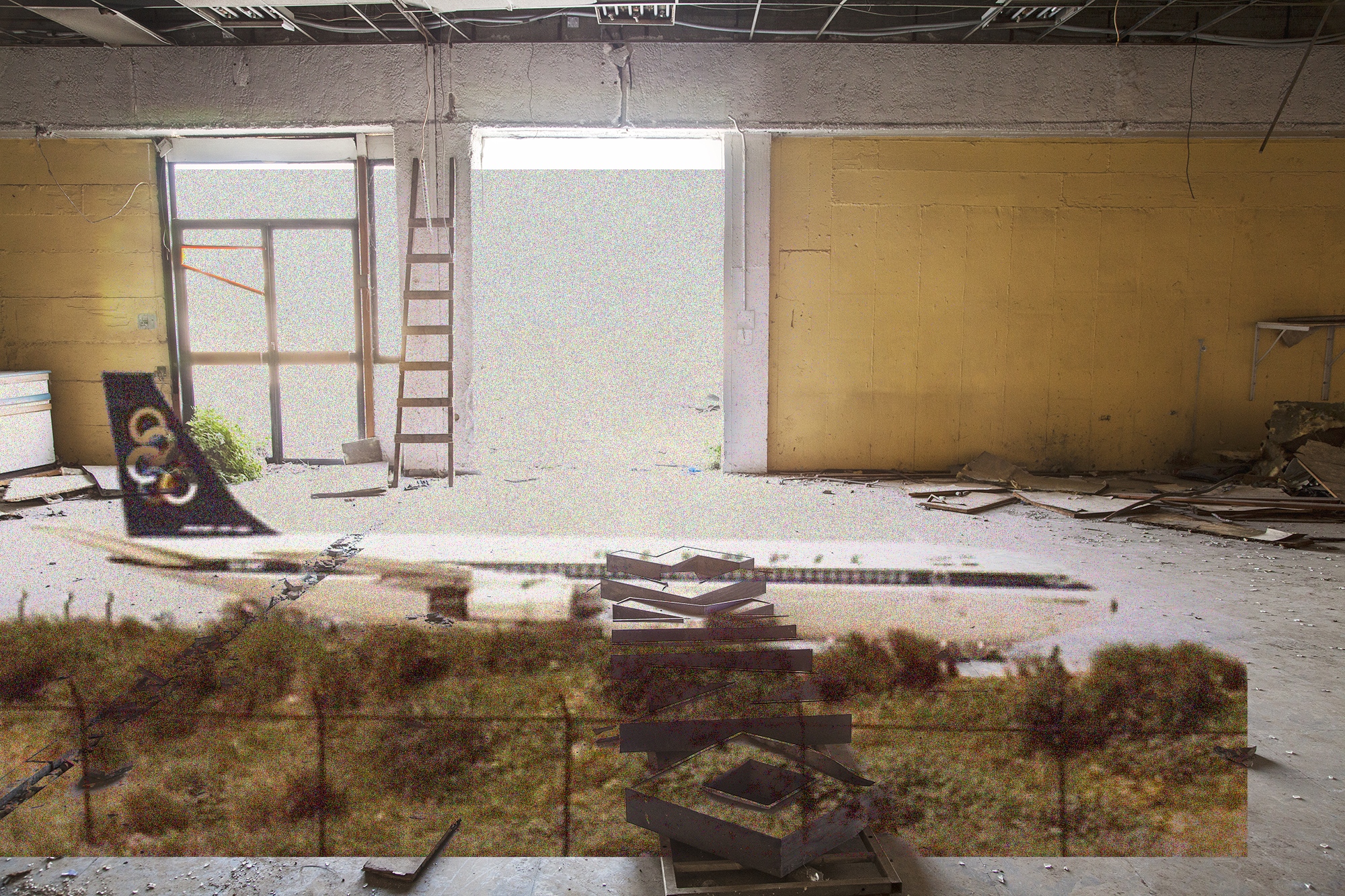 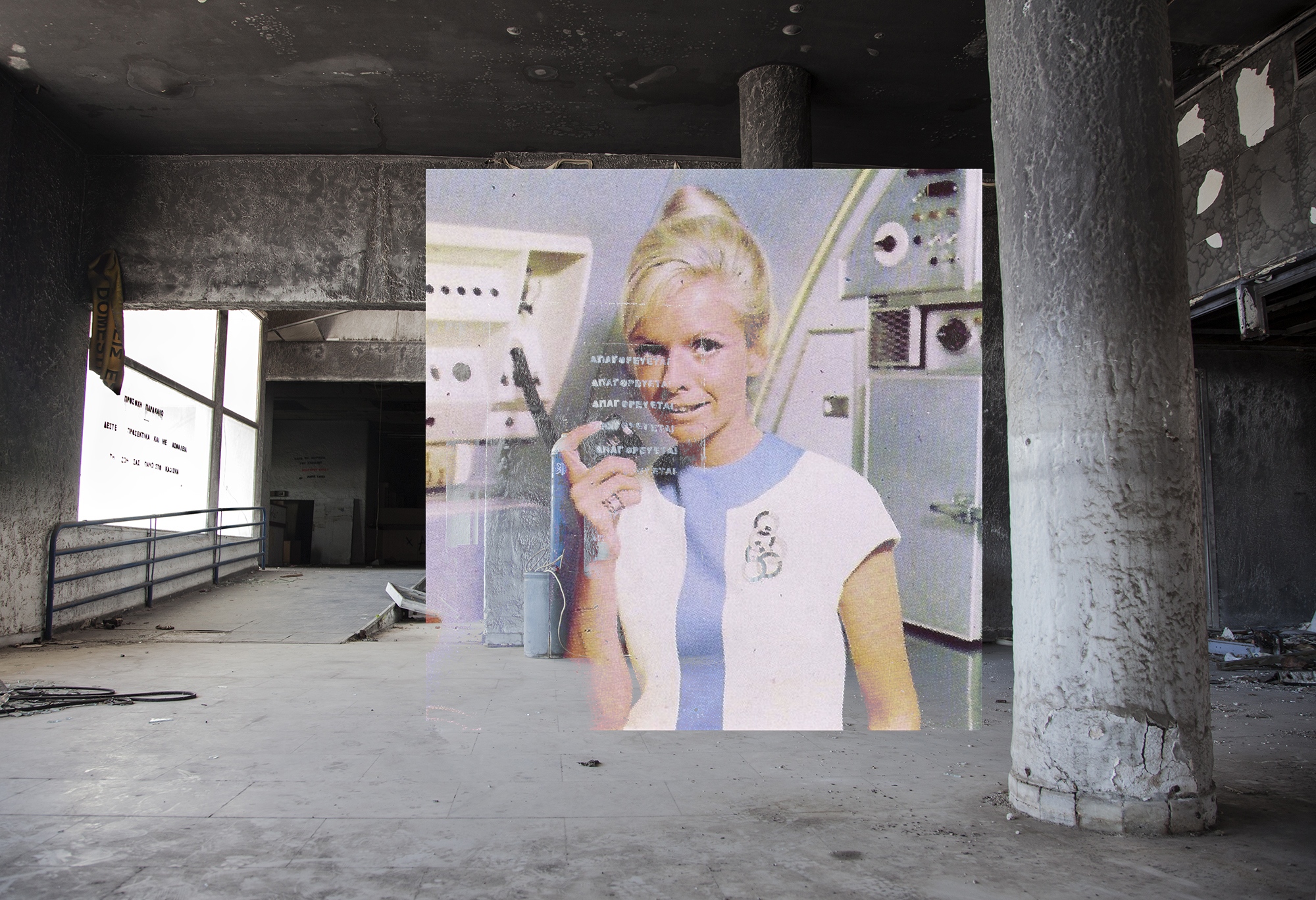 White Simulator (2014) is a triptych research and a cultural excavation on the parallels of the current distressed Greek economy, the descent of Olympic Airways (OA) and the ruins of Hellinikon former international airport, as part of an ambitious redevelopment plan. All three aspects are interwoven traces of Aristotle Onassis’ bloodline, OA disintegration, Greece’s economy and the nations antigovernment feelings leading into modern ruins.

The body of work consists of vintage photographs, documents found in the ruins and images from the Hellinikon international airport, in Athens, Greece.

While researching how the economy of Greece collapsed, how OA departed from its golden era and interviewing staff members of the former airport and OA, a pattern from the administrational inefficiency in the company became noticeably similar to that of the country’s. There are numerous collateral mismanagements in the way both the company and the country were handled.